We’ve all seen the dog in the restaurant hanging out in his/her owners lap. Most of us query, is this legal? Is this a service animal or something else?
There are two major categories that animals fall into for helping their owners:
1. service
2. support
Here’s the difference: 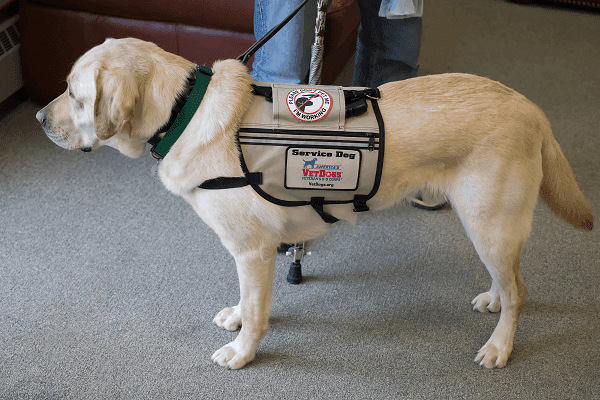 Service animal
A service animal is an animal trained to perform tasks for a person with a physical, sensory, psychiatric, intellectual, or other mental disability. Service animals are considered working animals, not pets. For example, seeing-eye dogs are service animals. They perform specific trained tasks that mitigate the individual’s disability.

Aside from miniature ponies, almost all service animals are dogs. Examples of tasks performed by service animals include assisting those who are visually or hearing impaired people, helping pull a wheelchair, retrieving items such as medicines or cell phones, recognizing and assisting people with seizures, alerting to a specific metabolic shift (e.g., hypoglycemia), or interrupting people suffering from compulsive or destructive behavior disorders.
Service dogs are not: Emotional Support Dogs!
One gray area to some folks may be psychiatric service dogs (PSD), which are viewed as working animals and have been trained to perform specific trained tasks to assist people with emotional or psychiatric disabilities severe enough to substantially limit the person’s ability to perform at least one major life task. For example, people with Post-Traumatic Stress Disorder who have difficulty coping with loud noises, or suffer from agoraphobia, might be able to use a PSD to help overcome or cope with these psychological issues.
Emotional support animals
Emotional support animals (ESA) are not trained for any specific task to assist people with any disabilities. They are not recognized as service (working) animals, but as pets that have additional value by providing emotional support and/or therapeutic benefit to a person with a verifiable mental or psychiatric disability. There are no species, size, or weight restrictions or guidelines for ESA – feasibly, these could be anything from a rabbit, snake, or ferret to a horse, as permitted by state laws.

How does US law treat these different animals?
Both service animals and PSD are covered by the ADA (Americans with Disabilities Act 2010). Under the ADA state and local governments, businesses and nonprofit organizations that serve the public must allow service animals to accompany people with disabilities in all areas of the facility where the public are allowed

On the other hand, there are no laws restricting species, size, or weight of an animal 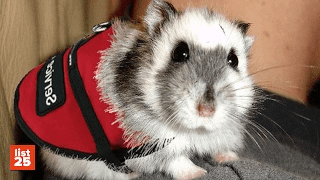 considered an ESA. The Department of Housing and Urban Development (HUD) views ESAs similar to other aids, such as wheelchairs, that provide a person with a disability an equal opportunity to live independently. However, the ADA does not consider the need for an ESA as a disability that warrants special accommodations. So, ESAs are only protected in airports (including airplanes under TSA rules not the ADA), and certain housing situations (under Fair Housing Amendments Act of 1988 not the ADA), e.g. residence halls, rental housing, public housing. ESAs have no rights to public access.