Following Tuesday’s election, it’s reasonable to think: if dogs and cats would vote, what party would they choose? 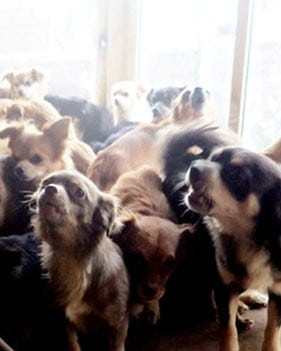 It’s too simple to say dogs would do one thing and cats another. My initial reaction, is to say cats are anarchists and would vote for whomever might put the country into chaos. That said, however, I think it’s highly individualistic – I know some felines that are conservative in their behavior, others that are more liberal leaning and then others that have no respect for authority and likely wouldn’t cast a ballot at all.

On the same note, the majority of canines seem a little more laid back in their ideologies; offer them food, any type of food, and they’ll love you. These dogs would vote based on who offered more treats on election day. Certainly, there are a small handful that are fussy and could not be so easily swayed.

I think it’s fair to say that both cats and dogs enjoy a little their freedom coupled with a nice dish of food. I would imagine that most of our canine and feline population enjoy their American lifestyles and would be unhappy if they were discriminated against because of the color of their fur or their country of national origin.

Speaking of pedigree, could you imagine deporting a newly immigrated Shar Pei or 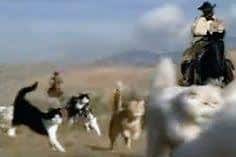 Chihuahua because his or her papers were not in order? Or what about those Russian Blues or Scottish Folds and, dare I say it, Persians? And what if while in the States, the cat or dog produced a litter? Would their young be separated soon after birth and held captive in barbaric animal control facilities?

Lastly, while this may just be a rumor, there have been reported sightings of a large caravan of cats and ragtag mange-y looking chihuahuas headed into Texas. While the cats are believed to have jumped over the large wall, the chihuahuas were said to have dug their way under it. Despite aggressive attempts at hindering this migration, these tenacious four-legged critters are standing united and gathering in numbers as they head north. Looting and lecherous behavior have been noted as they travel.