Separation Anxiety in Dogs Could be a Disaster

Home / Event / Separation Anxiety in Dogs Could be a Disaster 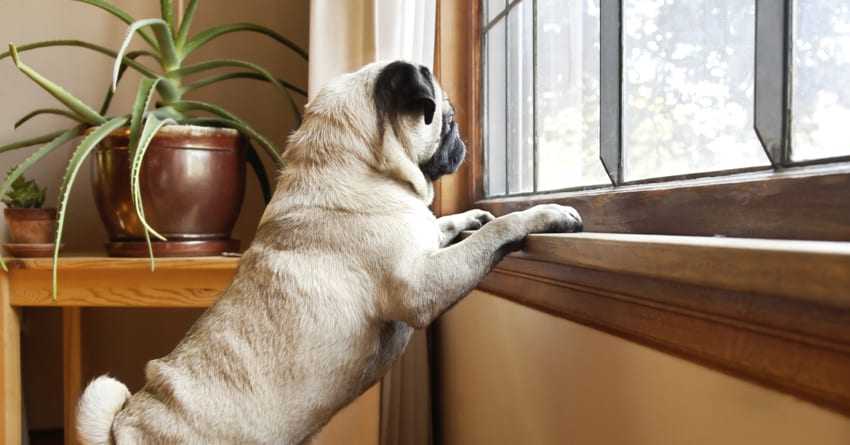 Separation Anxiety in Dogs Could be a Disaster

The worst cases of separation anxiety present an unlivable disaster for the pet owner. The animal becomes destructive, soils the house, and vocalizes loudly and unabashedly. Since the behavior occurs almost exclusively when the pet is alone, there is nothing to stop him from creating a spectacular mess and annoying the neighbors every time the owner steps out. In milder cases, the dog may show only panting, over-grooming, or pacing, which is not overtly destructive but clearly represents an unpleasant mental state for the patient.

It seems intuitively obvious that boredom and anxiety are opposite mental states but when you consider that dogs cannot talk, it becomes easier to see how you might misinterpret a dog’s behavior. You may come home to find the front door scratched up beyond recognition or the sofa reduced to a pile of stuffing. Was he reacting to his fear of being alone? Was he bored and looking for fun? Was he frustrated because he did not know when to expect his owner to be home? Some dogs exhibit what has been called barrier frustration, in which they become destructive and attempt escape simply in response to being confined.

Not every one of these signs must be fulfilled for the diagnosis of separation anxiety to be made but the point is that an effort should be made to determine if the dog is actually showing separation anxiety or if there is some other motivation at work.

Living with a destructive animal is an on-going nightmare. You never know what disaster will be waiting on the other side of the front door and the simple luxury of finding your things where you left them becomes an impossible dream. It would be wonderful if you could simply give the dog a pill and solve the problem; unfortunately, training is the primary focus of solving separation anxiety and medication is an adjunct. Often the owner needs as much training as the dog.

Dogs will often solicit attention from their owners. Resist the temptation of petting the dog with separation anxiety when approached for play or contact. Be aloof when greeted upon arriving home. Instead the human should be the initiator of contact with the dog.

Do not allow the dog to settle down in close proximity (within one yard) of where the owner is settling down. Arrange objects on the bed or sofa or on the floor so that the dog must settle at a greater distance. If possible, verbally reward the dog for settling at a distance (though take care as continued attention may be seen by the dog as an invitation to approach which is not what we want.) If the dog normally sleeps on the owner’s bed, provide the dog with his own bed. You may need to start with the dog bed at the foot of the human bed before ultimately the dog bed is moved to the floor or even outside the room.

If there are other people in the home besides the primary dog caretaker, try to divide the care giving among the different people so that the dog is not as dependent on one person.

Encourage independent play by using interactive toys that do not require human participation (like a Kong toy containing a food reward).

It is also important to create a positive environment while you are gone. There are several ways to achieve this.

Provide a special treat (food, toy or both) only available when the pet is left alone. Do not forget to remove the item when you return home.

Leave the TV or radio on. The dog will not be fooled into thinking that someone is home; the point is to recreate a sense of cozy relaxation. Most people at home relax while listening to the radio or watching TV and the dog often sits in the room relaxed, too. The sound of the broadcast becomes a classically conditioned cue to the dog and may be helpful in creating a sense of comfort.The D.A.P. (dog appeasement pheromone) diffuser is a plug-in scent-releasing device. The material released is a genetically engineered pheromone normally secreted by mother dogs to their puppies as a message telling them to relax and that everything is all right. The pheromone is odorless to humans. A pump spray is also available but the diffuser continuously releases its message to hopefully keep the anxious dog calm. More recently, a D.A.P. pheromone collar has become available so that the dog simply carries the biochemical message around with him.

Dogs readily learn the cues that indicate that the owner will be leaving the house soon. It is helpful to uncouple these cues from the actual leaving. At random times, the owner can go through some of the rituals of leaving: put on cologne, shower, wear work clothes, jingle the car keys, even go outside and lock the door – but then come in again. This helps the dog to remain relaxed when he hears or sees these cues at the times when the owner is actually leaving. It is important to repeat these cues so many times daily that they become meaningless to the dog.

Do not punish the dog for behavior demonstrated in fear.

This usually only leads to more fear or more anxiety. Second, unless the animal is actually

in the process of performing the behavior you wish to discourage, the dog will not understand what behavior is being punished.

Currently clomipramine and fluoxetine are the only FDA-approved drugs for the treatment of separation anxiety in the dog; however, other human anti-anxiety medications have a long history of use for this purpose.

Clomipramine, a tricyclic anti-anxiety drug so named because of its chemical structure, works by increasing levels of serotonin in the brain. Serotonin is a neurotransmitter associated with pleasant, relaxed sensations. When serotonin levels are high, we fall happily and cozily asleep. Serotonin is also involved with the pleasant sensations associated with eating chocolate, sun-bathing, and falling in love. Problems with reduced serotonin function can lead to anxiety, obsession, and mood disorders.

Clomipramine may be used once or twice a day. Often a lower dose is started, gradually working up to a higher dose. Some owners report good effect right away but it more commonly takes several weeks (4-6 weeks) for a steady blood level to be achieved.

This drug or any other used is meant as a supplement to training and cannot be expected to work without proper behavior management.

Fluoxetine is more commonly known by its human brand name Prozac. It also acts by increasing serotonin levels in the brain. It is usually given once or twice daily in combination with behavior management as described above. As with clomipramine, it takes several weeks to expect to see a meaningful change, although some dogs respond more quickly.

If actual panic is occurring and simply must be stopped, the benzodiazepine class of tranquilizers is appropriate. Sometimes these medications are initially combined with one of the above anti-anxiety medications to help control the situation in the short term. Diazepam, more commonly known as Valium, might be useful in such a situation but the problem is that it will not last long enough to cover several hours of owner-pet separation and is somewhat sedating. Alprazolam Xanax, a similar drug that lasts longer, may be more appropriate in this situation. Both these drugs are controlled, meaning certain paper work must be filed with the government in order to prescribe them. There may be a limit on the number of tablets that can be obtained depending on local laws.

Separation anxiety is an area that not all veterinarians are comfortable treating. Discuss with your veterinarian whether referral to a behavior specialist would be best for you and your pet. 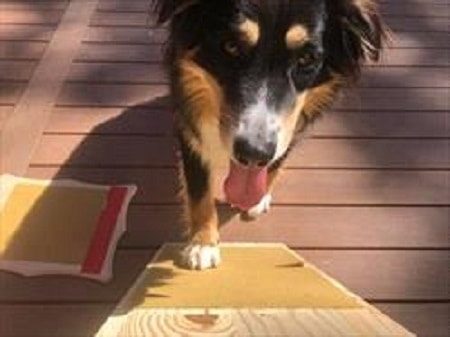 An Alternative to Clipping Nails FOR Dogs 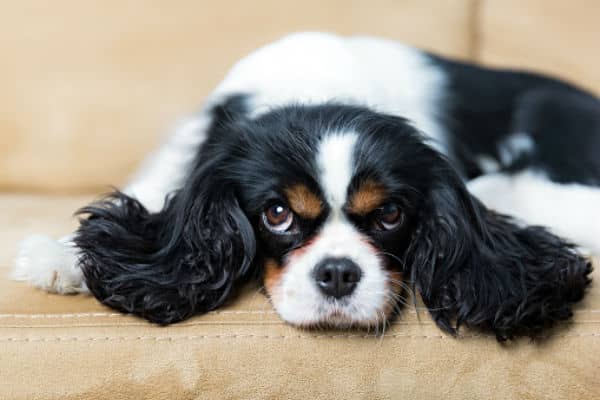 Dog Smells – what are normal and what smells are abnormal 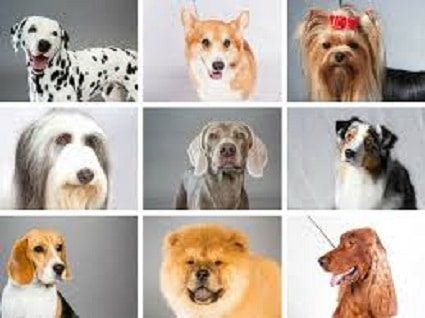 THINGS TO CONSIDER BEFORE BREEDING YOUR DOG 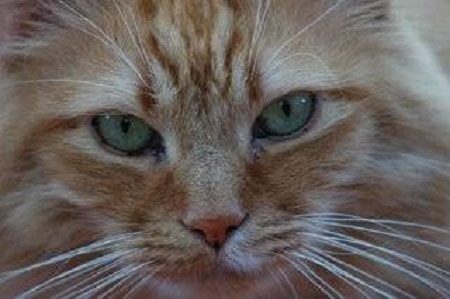 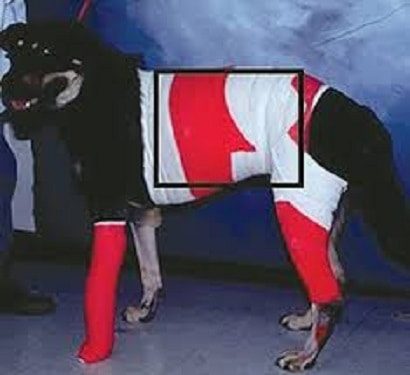 Wound Healing and Management in Dogs and Cats 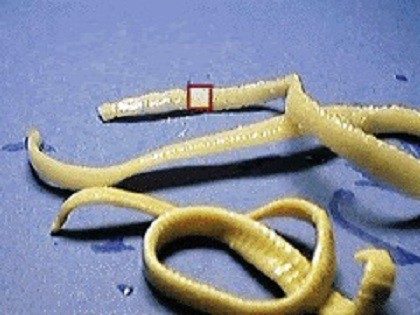 Tapeworms in Dogs and Cats 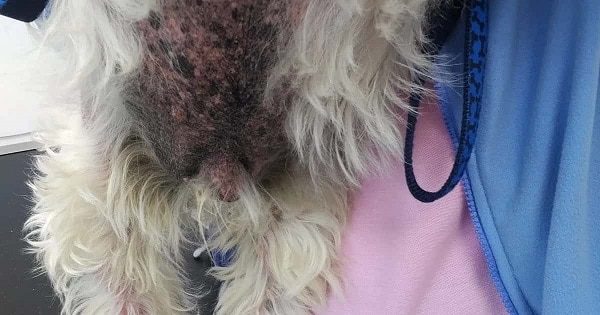