Toxoplasmosis is the disease syndrome caused by a protozoan organism called Toxoplasma gondii. It affects most animals – most notably sheep, cats, and humans – but even insects, fish, and earthworms may be carriers. Because of the risk to an unborn child, many medical doctors go so far as to recommend that pregnant women do not keep cats as pets.

What is the Risk to an Unborn Child?

A human with an acute Toxoplasma infection experiences varying degrees of illness: fever, swollen lymph nodes, muscle stiffness, joint pain, swollen liver and/or spleen (manifested as a sore upper abdomen). These symptoms may be so mild as to go unnoticed. Illness lasts 1 to 12 weeks and is often dismissed as a bad cold or mononucleosis.However, if the person infected is a pregnant woman, the Toxoplasma organism may cross the placenta. The amount of damage done depends on the stage of pregnancy at the time of infection. Infection in mid-pregnancy may result in a child with varying degrees of blindness (due to an inflamed retina, the most common result of congenital infection) and/or various severe neurological conditions including hydrocephalus or microcephaly. Sometimes problems are not evident at birth and show up later in life.

The problems described above occur when a woman, who happens to be pregnant, is infected with Toxoplasma for the first time. Only the new stages of infection cause physical illness. After a time, the organism goes dormant in the tissues of the body and will not cause illness again nor will it spread to an unborn child unless the human host is immune-suppressed (as with HIV) or immune-suppressive drugs (as with cancer therapy). People can be divided into two groups with respect to toxoplasmosis: those who have already been infected (approximately one third of the U.S. population) and those who have never been infected and are thus at risk.

If a woman gets infected during pregnancy, antibiotics can be used to stop the infection. Testing is generally part of a pre and peri-natal evaluations.

How do People get this Disease?

There are two basic forms of Toxoplasma organism: the oocyst, which is shed in cat feces, and the Toxoplasma tissue stages, which live in the flesh of such food animals as hogs and lambs. A person who inadvertently eats either of these forms of Toxoplasma is liable to become infected. Raw goat’s milk is also an important source of infection.

When might one inadvertently consume an oocyst? Usually by putting a contaminated hand or finger in one’s mouth. Where would a hand get contaminated? Changing a litter box used by an actively infected cat, gardening or handling soil contaminated by the feces of an actively infected cat, or touching cat feces that is at least a day or two old. A cat must be in an active stage of infection to transmit the infection. Once the infection is no longer fresh, the organism goes dormant in tissues and is no longer shed in the cat’s feces.

When might one inadvertently consume a Toxoplasma tissue stage? Tasting meat while it is cooking, eating undercooked meat, handling raw meat and accidentally getting it in your mouth, eating food prepared on a cutting board contaminated with raw meat.

Washing your hands regularly, wearing gloves while gardening, and having someone else change the litter box can eliminate the possibility of infection. Most people are infected by eating under-cooked meats.

If my Cat has an Active Toxoplasma Infection, Won’t he be Obviously Sick?

Not necessarily. Feline toxoplasmosis can be as subtle as the human version. Cats get infected by hunting and eating prey, eating raw food diets, or by inadvertently licking oocysts during grooming. When the cat gets infected, the early stages involve an intestinal form where the contagious oocysts are shed in feces but the cat may or may not have any diarrhea.

Cats may experience an acute illness similar to that which humans experience; however, in adult cats, symptoms are usually mild and go unnoticed. This form of infection is not directly contagious to humans. Fecal exposure is necessary for transmission to people; the cat itself is not considered a source. Pregnant cats in the acute stage of infection, however, can transmit the disease to their unborn kittens.

How is my Cat a Risk to me?

Cats have probably been over-emphasized as a carrier of Toxoplasma; most human infections result from eating tissue stages of Toxoplasma in undercooked meat.

Usually a cat will only shed oocysts after the first infection of Toxoplasma; a cat that has already had a Toxoplasma infection usually will not re-shed the oocysts unless its immune system has been compromised (as through the feline leukemia virus infection or drugs.) Cats shedding oocysts generally do so for 5 to 14 days.

Oocysts require 24 to 48 hours to sporulate – that is, grow into a form that is dangerous to people. For this reason, the cat’s litter box should be changed daily or twice daily so the cysts will be thrown out before they reach an infectious stage.  Dangerous oocysts can be contacted when gardening. Note that freezing weather will not reliably kill dangerous oocysts in soil nor will freezing meat kill the dangerous tissue forms.

Your cat may be tested to see if she has already had Toxoplasmosis; a cat that has already been infected is unlikely to shed dangerous oocysts in the future.

The cat itself is not a source of oocyts: only its feces are.

How Can I Avoid Infection?

Probably the most important thing is to be careful when cooking raw meat, especially lamb and pork. Wash your hands after handling meat. Remember that microwaving does not heat evenly enough to reliably kill the organism. Do not eat meat or taste meat before it is finished cooking.

Although it is possible to get toxoplasmosis from cats, no correlation has been found between cat ownership and Toxoplasma infection. There is, however, a strong association between Toxoplasma infection and working with raw meat as in a slaughterhouse or as a butcher. Be careful handling raw meat. 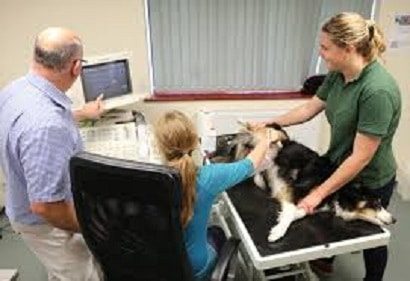