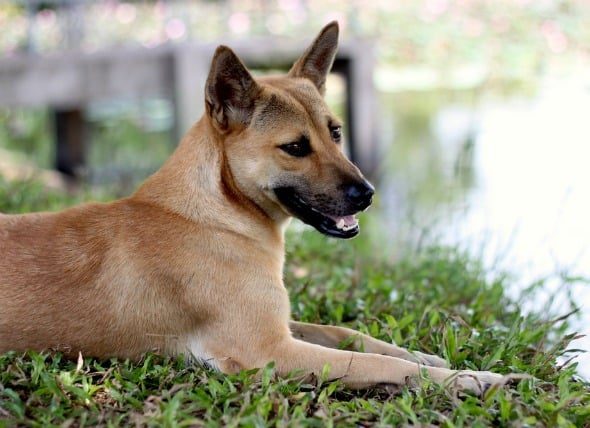 Disseminated intravascular coagulation (DIC) is an extreme complication of numerous already life-threatening conditions leading to the deregulation of the body’s natural mechanisms of blood clotting and blood clot dissolving. In other words, a very sick patient begins both bleeding and clotting abnormally at the same time, leading to disaster and frequently to death. DIC is a disease of the blood.

Setting the Scene for DIC

The patient must already have a serious problem before DIC sets in. Typical conditions that are associated with DIC include those involving dying internal tissue, widespread inflammation, red blood cell destruction, poor circulation, particulate matter in the bloodstream, or loss of blood vessel integrity.

The following conditions are associated with disseminated intravascular coagulation:

DIC is primarily a canine problem but can occur in cats in rare conditions.

In the normal body, there are small bleeds occurring regularly as we bump into things or cut ourselves. Blood clots patch these small blood vessel tears up and as healing takes place other blood mechanisms dissolve the old clots leaving scar tissue.

Active proteins involved in the manufacture of fibrin stimulate the blood vessel cells to release inflammatory biochemicals (note: the patient likely started with a disease involving widespread inflammation). Ultimately, there is both inappropriate clotting and bleeding at the same time.

The sooner DIC is recognized, the more likely the chance of a positive outcome. At first, there are no signs at all, just subtle blood test changes. It is important to for the medical staff to watch for these lab changes in patients known to have diseases associated with DIC.

There are several factors that go into the diagnosis of DIC and a patient need not have them all:

Platelets are the white blood cells that are involved in clotting blood. In DIC, they are depleted. This could be bruising in the skin, excessive bleeding after a blood sample is taken, or spontaneous bleeding from the gums or from any orifice.Evidence of inappropriate bleeding

Tests called the PT and PTT are run to assess how long different blood clotting proteins take to produce a blood clot. These times are compared to standardized normal times. Increased clotting times indicate a tendency to bleed inappropriately. Clotting times well below the normal range can indicate a hypercoagulable state.

Fibrin is the material that clots are made of. When antithrombin and other biochemicals remove clots, fibrin fragments become detectable. These are fibrin degradation products. A fibrin degradation product of note is called the D-Dimer. It is notable because there are in-hospital test kits that can be used to detect it. The presence of D-dimer definitely indicates that a clot has been made and broken down (though, there are many reasons for such a thing to have occurred other than DIC). A negative D-dimer test rules out DIC with 95 percent confidence.

The absence of D-Dimer rules out DIC with 95 percent confidence.

Fibrinogen is a fibrin precursor and its absence suggests depletion. The use of fibrinogen reduction as a marker for DIC has been questioned because there are numerous other factors that can reduce fibrinogen.

Ultimately what all this clotting and bleeding comes down to is loss of blood flow to the tissues. Treatment centers on restoring normal circulation. This means intravenous fluid administration is crucial to restore tissue perfusion. Often plasma transfusions are used to replenish consumed blood clotting proteins, which are depleted in DIC.

The most significant factor in the treatment of DIC is removal of the original disease that predisposed the patient to DIC in the first place. For instance, if it’s an infected or inflamed organ, then that needs to be addressed immediately to stop DIC.