Hyperlipidemia (High Cholesterol and Triglycerides) in Dogs and Cats 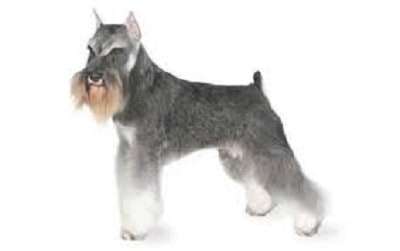 Hyperlipidemia (High Cholesterol and Triglycerides) in Dogs and Cats

Hyperlipidemia is a general term for disorders in which too many fat molecules (called lipids) circulate in the blood. The two most important lipids in pets are cholesterol and triglycerides. Lipids are insoluble, meaning they are not easily dissolved in water. Because blood is a watery substance, in order to move these within the blood stream, the pet’s body forms special complexes to facilitate passage out of the body.

In a healthy animal, lipid levels typically rise for a short time after a meal and then return to a normal level. The problem of hyperlipidemia occurs when certain conditions prevent the excess fat from leaving the blood stream, so that the level of lipids remains high for far longer than nature intended (similar to sticky oil in a car engine).

Hyperlipidemia can involve elevating one or more components of circulating fats and lipoprotein complexes.  It can involve elevated triglycerides, elevated cholesterol or both. These elevations lead to the formation of complexes called chylomicrons, which can give blood blood a creamy, white appearance.

In pets, hyperlipidemia most often occurs as a consequence of some other disorder, such as diabetes mellitus (sugar diabetes), hypothyroidism (low levels of circulating thyroid hormones), Cushing’s disease (excessively high cortisone levels in the body), certain liver diseases, and protein-losing nephropathy (a disease of the kidneys resulting in protein loss in the urine).

Specific dog breeds (miniature schnauzer, beagle, Shetland sheepdog, briard, rough collie, and poodles) are predisposed to hyperlipidemia. Miniature schnauzers and beagles usually develop the condition after the age of four years.The genetic link in dogs is not yet understood.

Certain medications, such as progestogens and corticosteroids, can cause lipids to increase. Your veterinarian needs to know what medications the pet is taking before undertaking a search for primary diseases that can cause hyperlipidemia.

By itself, hyperlipidemia may not mean much clinically; however, signs are common with some of the underlying metabolic disorders, such as diabetes. Some pets with hyperlipidemia don’t have any signs at all.

Typical signs can include:

There are many blood tests that can be used to diagnose hyperlipidemia and many of these tests are relatively inexpensive. Prior to testing the blood the pet must fast for 12 hours, so the ideal time to take the test is first thing in the morning before breakfast.

A complete blood count, biochemistry panel (including triglyceride and cholesterol measurements), urinalysis, and hormonal assays are usually performed to confirm hyperlipidemia and to search for the cause. The blood sample may also be checked for chylomicrons. More specialized tests to determine exactly which types of lipoproteins (for example, low-density lipoprotein, very-low density lipoprotein, etc.) are in the blood can also be done.

When the hyperlipidemia is secondary to some other disease, then the treatment and control of that disease becomes the major priority. A low-fat, high-fiber diet is also used to reduce the fat content in the blood, along with some plain old common sense about maintaining a healthy weight and providing the animal with enough exercise.

Commercial low-fat diets are available, but some pets detest the inherent lack of taste in these foods, as animal fat is really flavorful. Although homemade diets can be made, they are discouraged unless they have been formulated by a veterinary nutrition service because they are often unbalanced in other important nutrients and unbalanced diets can cause other medical problems. Many animals with hyperlipidemia will need to be on a low-fat diet for life, just like people with high cholesterol problems.

Fish oil supplements have been used to reduce high lipid levels in some animals, depending upon the cause or source of the hyperlipidemia. You can discuss with your veterinarian whether they are indicated for your pet. While fish oil supplements don’t usually bring triglyceride values all the way down to normal, a partial reduction in the levels can still be helpful.

Most lipid-lowering medications that are used in people, such as the statin drugs, are not used in animals because of their tendency to cause cataracts and other side effects. Other drugs and supplements, such as gemfibrozil and niacin, can have side effects, so should be used only if diet and treating the underlying condition(s) haven’t been successful.

Regular monitoring is needed to keep track of the pet’s lipid levels. The timing and frequency of recheck examinations and blood tests are often related to what monitoring is needed for the underlying or primary disease. In general, however, if unexplainable vomiting or diarrhea occurs, testing is usually done even if it’s earlier than expected or scheduled.

Prognosis depends on a number of factors. If the lipids are just mildly elevated and not associated with any other diseases, then they can often be controlled with dietary changes.

If the elevated lipids are associated with other metabolic diseases, then the prognosis is most often related to that particular metabolic disease. (For example, acute pancreatitis can be potentially fatal; however, mild cases usually are not life threatening.) Animals with hereditary hyperlipidemia can be difficult to treat and also should not be used for breeding.