Imagine a tumor that can be transmitted by touch. For dogs, this is not a matter of imagination; the transmissible venereal tumor has been described since 1876 and is commonly found on both male and female dogs. Transmission is by simple physical contact between an existing tumor on one dog and abrasions on a mucous membrane (oral, genital, nasal etc.) on another. It is most commonly spread during mating but can also be spread during routine sniffing or other contact. In most cases, tumor growth is found on the genitals but it can also just as easily affect noses, mouths, anal areas, and other anatomical sites. 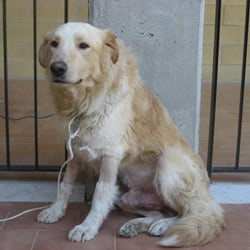 The transmissible venereal tumor, affectionately known as the TVT, may be visible as an external fleshy growth or may simply appear as genital bleeding (eventually the tumor will become eroded on the surface). The tumor is common where there are large numbers of roaming dogs or in shelter situations. In most cases the tumor is not malignant and simply grows and bleeds at a local site, eventually being rejected by the patient’s immune system; however, if the patient is immune-suppressed due to young age or poor general health, then the tumor can spread in a cancerous fashion. Because there is potential for tumor spread within the body, treatment is recommended to regress (shrink) the tumor rather than simply waiting it out.

Strangely, the tumor cells are not the patient’s own cells transformed into cancer cells. This is not a matter of a virus being transmitted that causes normal cells to become cancerous. The TVT is actually a tumor that grafts itself from one dog’s body onto another dog’s body. Unlike the host’s normal cells, TVT cells have a completely different number of chromosomes and do not originate from the host at all. Developing a TVT might analogous to getting bitten by a mosquito and the few mosquito cells left behind try to grow a new mosquito on the host’s body.

Diagnosis is made either by biopsy (taking a small piece of tumor tissue for analysis) or by cytology (obtaining a smear of the tumor’s cells and looking at it under a microscope, as shown above). The tumor is classified as a round cell tumor and is related to more malignant round cell tumors such as the mast cell tumor and lymphoma.

Treatment of the transmissible venereal tumor is straightforward and generally quite rewarding.